LOWEST SHIPPED PRICE in the USA
Contact us for any assistance with finding your right Tommy Gate Liftgate and Parts. 309-662-5344 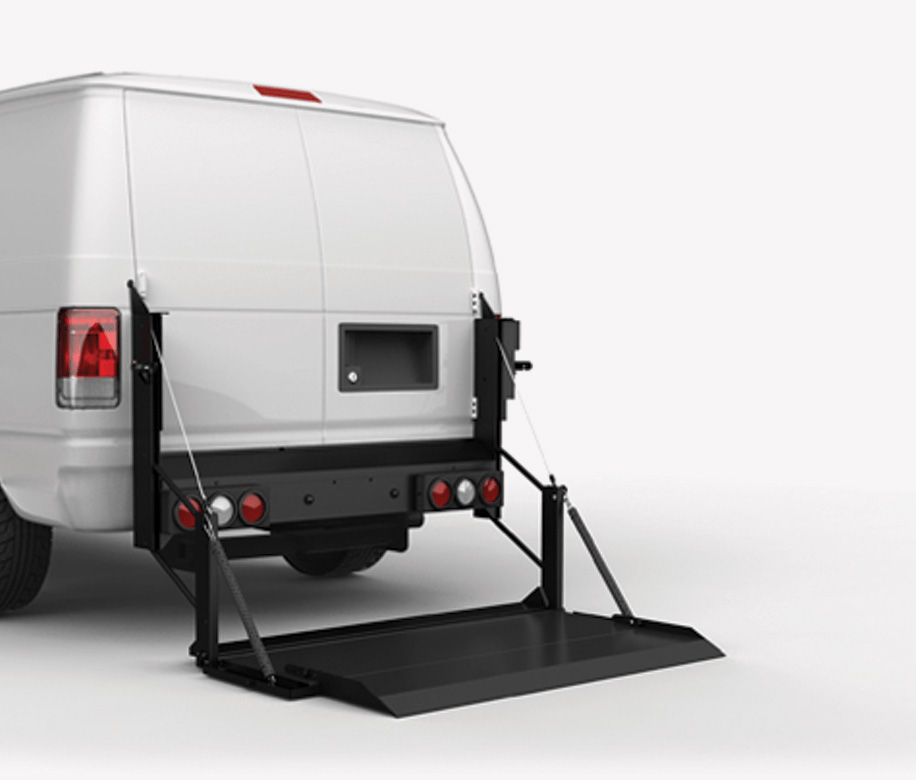 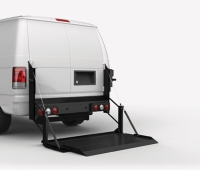 FREE SHIPPING to a Business/Commercial address in the Contiguous U.S.A.
For Alaska, Hawaii or Coastal Islands call for quote.

Prevents unauthorized use, and deactivates 90 seconds after operation.

Power Cable w/ Full Length Ground: Ensures consistent power supply.
150-amp Circuit Breaker: Protects vehicle's electrical system, disconnects power for repairs.
The Original: Throughout the last 50 years the Original Series has been a staple in the liftgate industry. Invented by Delbert "Bus" Brown, and first sold for pickups in 1965, the assembly process used in constructing Original Series liftgates has not changed much over the years.
Built By Hand: Although components have been upgraded, the basic design is essentially the same. Built by hand, by master welders, machinists, and quality control experts, the exceptional quality of Tommy Gate hydraulic lifts is seen in every liftgate that leaves the Woodbine, Iowa factory.

Woodbine Manufacturing Company is the developer of Tommy Gate, a premier brand of private, commercial, and industrial hydraulic lifts. Established in Woodbine, Iowa in 1965 by Delbert "Bus" Brown, Tommy Gate has experienced steady growth in each of the past five decades and is widely acknowledged as a leader in the industry.

Now sold on five continents across the world, Tommy Gate's strong reputation for quality has been built through a strict adherence to the highest standards of engineering, craftsmanship, and customer service.

50+ Years of Quality Our History

Woodbine Manufacturing Company was founded in 1965, in Woodbine, Iowa by Delbert “Bus” Brown. Working alone, Bus designed and constructed the original Tommy Gate Hydraulic Lift, which he named after his son.

Early stories often recount Bus loading his pickup trailer with up to five liftgates at a time and driving off into the neighboring counties (where he would sell and install them himself), only to return once that trailer was empty.

This was Woodbine Manufacturing Company in its earliest days: a grassroots liftgate manufacturer that was created to ease the work of the local farmers.

Today, the Woodbine factory stands at over 200,000 square feet on the same piece of ground where every Tommy Gate liftgate has been manufactured and assembled for over 50 years. It is a state-of-the-art manufacturing plant that embraces a combination of modern technology fused with old-fashioned, hands-on welding and tooling.

Very much alive and well in the twenty-first century, Tommy Gate liftgates are sold by over 1000 distributors in every corner of the world.

Woodbine Manufacturing Company is one-hundred percent family-owned and operated, and has been since its inception. The company takes great pride in the work ethic, history, and traditions of its employees and strives to continue providing jobs and opportunities to the community it calls home.

It is a testament to the spirit of American manufacturing that Tommy Gate began with a single man, in a small, brick machine shop in rural Iowa.